Brent brings his lengthy service experience with him to the Mid-County Coop team. He worked at Plymouth VIP Auto for over two years and developed a leadership role, often running the shop on his own. Geyen also spent time in the warranty department at BMW and at Customer Track Inc., where he worked with service departments all over the nation.

His great and lengthy experience of running a shop and serving many customers will be beneficial to the Mid-County Coop team.

“His customer service skills are second to none,” Mid-County Coop general manager Bill Reimers said. “He really does a great job talking to customers, and explaining what we do to a car or truck. He’s young, but he has years of quality experience with customers in the auto field.”

Since Geyen was hired about two months ago, he has started reorganizing and resituating the layout of the shop, in order to provide additional convenience to the customers of Mid-County Coop. Other job duties for the new Service Manager will include running the shop, day-to-day operations, managing inventory, answering phone calls, assisting customers, and managing a team.

Geyen, a 30-year-old from Tamarack and Minnetonka, attended high school at Minnetonka High School and Eden Prairie High School. He currently lives in Buffalo with his wife and his puppy, Shandy. If Geyen is not working, he can usually be found either on the water fishing for muskies, or shooting on the range. 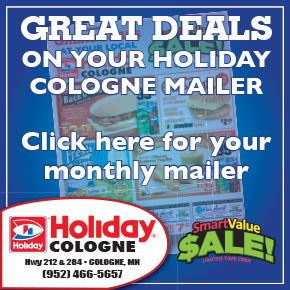